An easy guide to Catalan Flags

Catalan people are friendly, open-minded and love democracy and fundamental rights. Catalans, diverse as they may be, feel very proud of their culture and history and have a long record of resisting repression and fighting against absolutism and fascism.

If you have been in Catalonia recently, you may have noticed that Catalans —in pro-democracy and pro-independence demonstrations, in their vehicles or in their balconies— proudly show and wave their flags…. But, come to think of it, they look quite different! Contrasting colours, disparate layouts and patterns… So why all these different banners and emblems? Let’s find out!

The pro-independence movement is an inclusive, grass-roots, radically democratic movement that brings together people from all walks of life and different ideologies who agree upon two principles: Catalan people deserve the right to decide their own future and fundamental rights must be guaranteed. Such heterogeneity is reflected in the different flags (not all of them necessary pro-independence). So here are the main flags (and some not so well-known) that you may come across:

This is the official flag of Catalonia and one of the oldest to still be flown in Europe. Not necessarily pro-independence, but it is the one you will see in Public buildings and representing official events. Some people call it the ‘autonomist’ flag meaning that it stands for stagnation. It is a vexillological symbol based on the coat of arms of the Crown of Aragon, which consists of four red stripes on a golden background. Pronunciation: /səˈɲeɾə/ Senyera means Pennon, a flags carried during the Middle Ages.

The Catalan word estelada (pronunciation: /əstəˈɫaðə/) can be translated into English as starlit flag, or starry flag. This is probably the most popular of all Catalan flags. It is actually an unofficial flag typically flown by Catalan independence supporters to express their wish for an independent and free Catalonia. The design of the Estelada, by Vicenç Albert Ballester, was modelled on the Cuban and Puerto Rican flags.

By the way, here is the first ‘estelada’, with a blue rhombus, the old version of the current blue design:

This flag was used by 14th century Catalan soldiers Almogavers . It includes a white x-shaped cross as a symbol which represents Santa Eulàlia, one of Barcelona’s Saint patronesses who was crucified in this kind of x-shaped cross. This flag was used to commemorate the Tercentenary of the War of Succession (a European conflict of the early 18th century which deeply marked the history of Catalonia). The Black Flag, meaning no surrender as opposed to the white flag is becoming very popular. In the awful siege of Barcelona and Cardona, in the war of 1714, a black flag with the words “Viurem lliures o morirem”(literaly, We will live free or we will die”) flough on the walls.

Catalan Republic flag to commemorate the referendum on 1 October — also known by the numeronym 1-O . This wonderfully designed flag is becoming very popular. It looks like a little work of art.

Tocat del Bolet is a blog that aims to promote and share Catalan language and culture throughout its most typical expressions, in a fun and informative way.

Thank you for your attention. We look forward to your comments and questions. Nuts ~Tocat del bolet, Catalan culture crossing borders! Share this post! 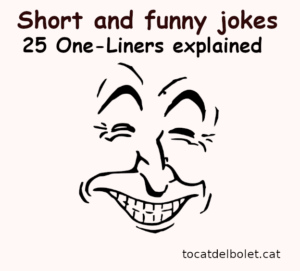 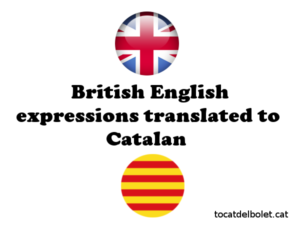